Oh, me oh my, it’s been a testing week and I mean that in the literal sense of the word that it has been a week that has contained very many tests.  Thank you (absolutely and resoundingly NOT) to whomsoever devised the mandatory testing of ten year olds.  There have been tears, there have been troubled nights, there were tonsils the size of tennis balls*.  There has been much familial tolerance.

There are other tests to come, some of which are too confidential to share.

It’s at times like these that I turn to reliable, dependable, well-mannered fabric.  Fabric that stays put when worked with, that washes well, that lasts.  Fabric that provides continuity in a time of change.  Of course it’s Liberty, you knew it was going to the Liberty where else would one turn in the midst of a tumultuous Me-Made-May?

There was this dress, that you have seen before.  She’s had a face-lift.  Well a bottom-lift really as it’s the skirt and the ribbon that I have changed.  And the zip.  Is she still the same dress? Where’s a metaphysician when you need one?

{I had to add this photo too.  This photo shows last-year’s rocket which went to seed and happily germinated in the gravel path and is now even more happily growing right up through the bench.}

There has been this shirt who hasn’t yet had her own blog post, she’s a charity shop re-fashion.  Shown here toning fetchingly with the weathered gate.

Finally there has been this dress, which has been re-incarnated as a sort-of-a-shift. 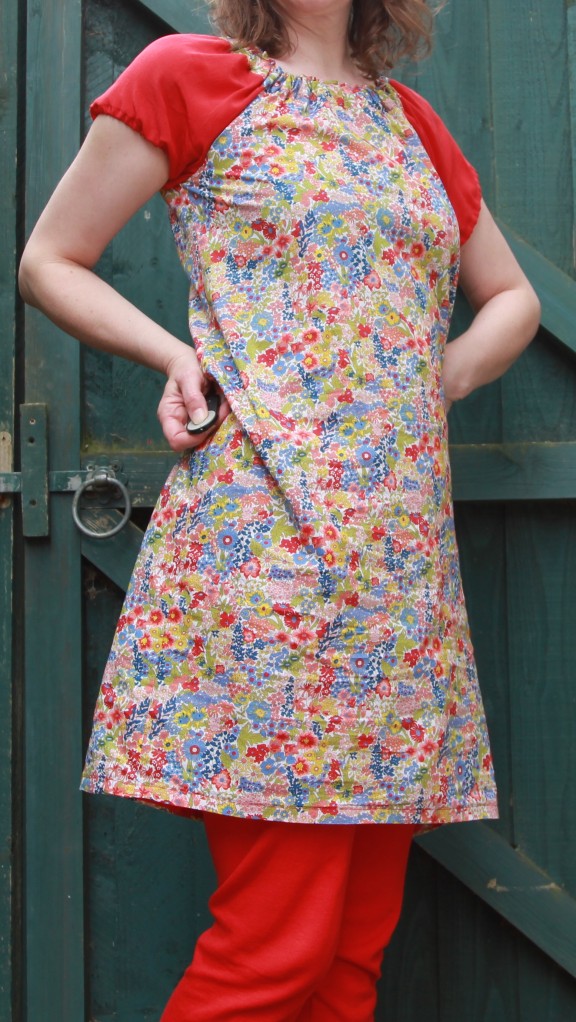 Let’s end with some Knitting News.  I seem to be capturing spring between my needles.  It’s such a pleasure to work that I almost don’t care if my knitted experiment is a failure. 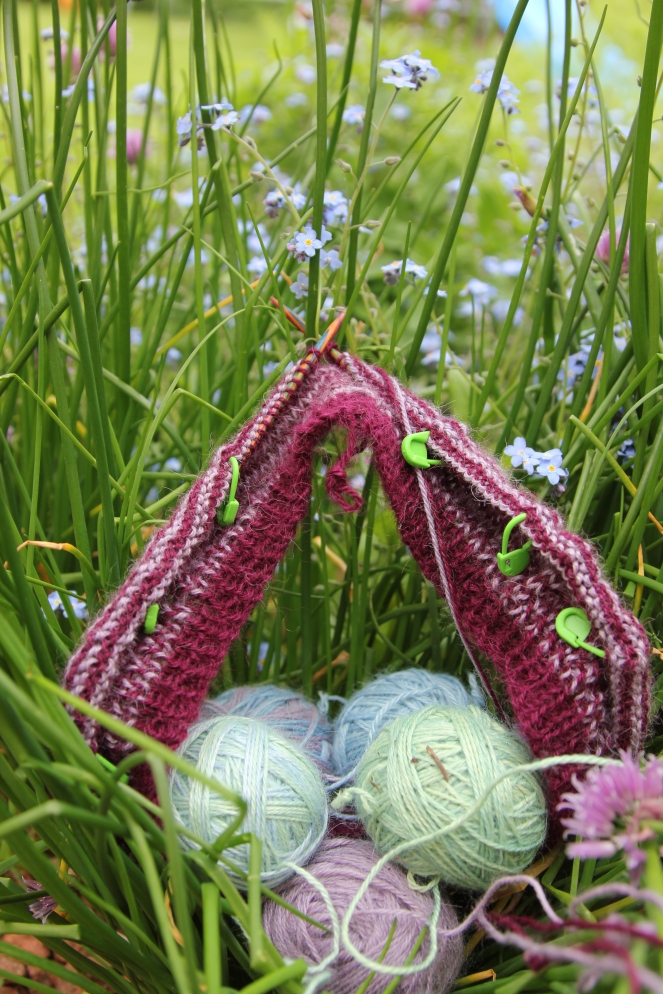 *I am of course exaggerating for alliterative effect.

Are you looking for anything in particular?